Jakarta, November 26, 2021 – Based on data from the Indonesian Ministry of Health as of September 30, 2021, only 8.5 million West Java residents have received the 2nd dose of the Covid-19 vaccine. This figure is much lower than the targeted 70% provincial vaccine coverage by December 2021, or equivalent to 37 million residents. Given the urgency of the matter, PT. Chevron Pacific Indonesia in collaboration with YCAB Foundation through the West Java i-SERVE Vaccine program, held a mass vaccination program catering to those aged 12 and above, the general public, as well as people with disabilities and vulnerable groups. To maximize reach, the West Java i-SERVE Vaccine program has been held in a number of key locations in Bandung City, Bandung Regency, and Bekasi Regency since October 2021. 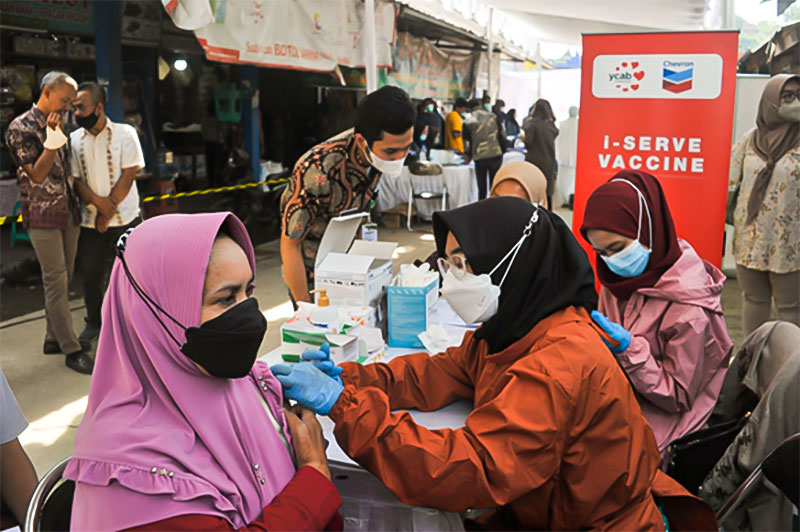 A woman getting vaccinated at one of the i-SERVE Vaccine program locations.

Albert Simanjuntak, President Director of PT. Chevron Pacific Indonesia said, “I hope that this program can help the Indonesian government, and in particular the Ministry of Health, in achieving the herd immunity target set by the government, so that economic activities can continue. In addition, in line with Chevron's values which always places humanity at the forefront, this program also targets people with disabilities who are more vulnerable to Covid-19 exposure and require special attention in getting vaccinated."

People with disabilities have now been included in the priority group for the national Covid-19 vaccination program by the government. This is because they are more susceptible to Covid-19 exposure, given the challenges in implementing health protocols due to their disability. The visually impaired, for example, must often resort to touching various public objects with a high contamination risk in order to identify their surroundings. In addition, people with disabilities have limited or troubled access to health services, such as the unequal availability of dedicated wheelchair lanes. Covid-19 can also worsen the health conditions of people with certain disabilities due to lower immunity levels in general. 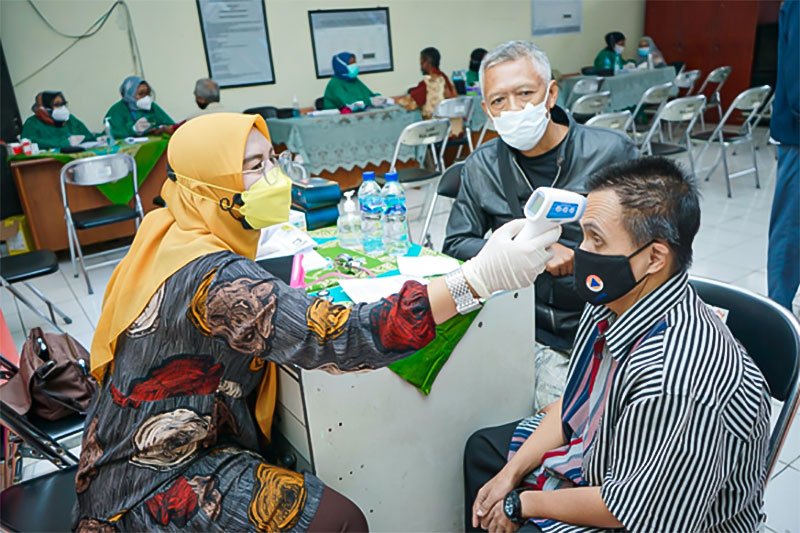 The i-SERVE Vaccine program understands the need for special services to facilitate people with disabilities.

This mass vaccination booth was set up in a number of locations, including at the Zakat Alkahfi charity in Bekasi and at PUSDAI, SLB Cicendo, as well as the Andir, Cibaduyut, Ciwidey, and Baleendah Markets in Bandung. The i-SERVE Vaccine program was carried out with the support of various parties including the Ministry of Health, GERMAS, West Java Provincial Government, Bandung City Government, Bandung Regency Government, Dekranasda West Java Province, and IKA UNPAD. 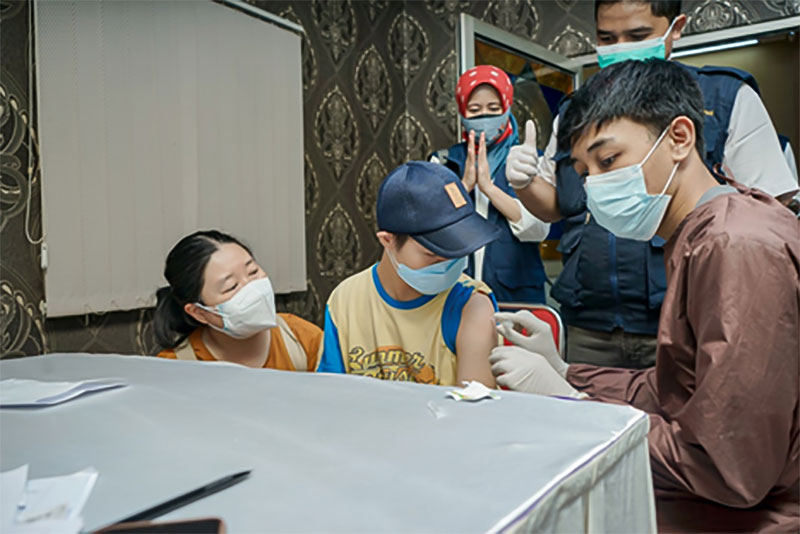 Medical staff cheer on as a child gets his Covid-19 vaccine shot.

Veronica Colondam, Founder and CEO of YCAB Foundation stated “The i-SERVE Vaccine program in Bekasi and Bandung is a strategic step to accelerate the achievement of vaccination targets in West Java by holding a free vaccination roadshow for the public. A number of locations that we focused on were hard-to-reach areas, and we succeeded in vaccinating 10,276 people, including people with disabilities. We hope that this activity will contribute to the acceleration of vaccinations.”

YCAB Foundation at a glance

Founded in 1999, the YCAB Foundation is the flagship organization of the YCAB Social Enterprise Group. With a vision to break the cycle of poverty by using financial inclusion as an instrument to expand education, YCAB Foundation has successfully impacted more than 4.1 million young people and nurtured nearly 200,000 ultra-micro female entrepreneurs. In 2021, YCAB Foundation was ranked #29 on TOP SGO/NGO by NGO Advisor in Geneva. Read the latest YCAB Foundation information at www.ycabfoundation.org